What a year. Scratch that. What a millennium! So much has happened over the past two decades. But, what’s more wild? There is so much that’s yet to come. Every New Years Eve is special… yet this one feels more magical than its recent predecessors. Right?

Organize a soiree that unites loved ones under one roof to mark an unforgettable end of the ‘10s and forge a bright path into the ‘20s. Show everyone how you welcome the future. While food, outfits, and drinks are absolutely important for the celebration, as long as the right people are around, your night is sure to be something you’ll never forget. 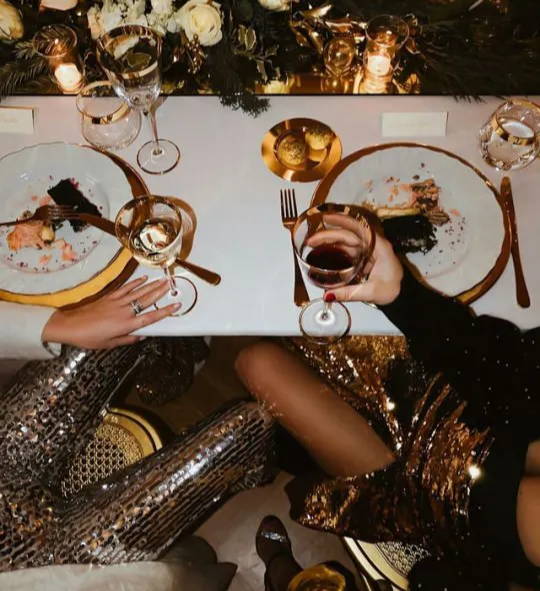 Ensure a perfect guest list. Curate your invitees with people who answer the question “Who belongs at the beginning of your next chapter?” It’s very likely that those who answer the question are family, close friends, significant others, and recent acquaintances who spark something in you. Fill your home with people that you want to be surrounded by as you wade into the unknown and beyond.

Invitations that note a starting time frame as opposed to a set time are signs of a hostess that accommodates both the early birds and the one who’s always late. When you’re ready to start the night, allow guests to see themselves in and greet each other in the foyer. Unlock the door once, grab a drink, and watch the night unfold one entry at a time.

It is certainly polite to ask your guests for any dietary restrictions. And while everyone will appreciate the gesture, that doesn’t mean they’ll respond. In preparation, you’ll have a plethora of snack options. Rainbow crudités paired with green goddess dressing. Kobe beef sliders from your neighborhood butcher served on fresh focaccia from the local baker. Futuristic faux meatballs drenched in your grandmother’s marinara sauce. Not every party needs a classic wallpaper to be ‘Gram friendly. If 2020 becomes the year of crudités and caviar, be the one to start the trend!

Last but (definitely) not least, your New Year’s toast. Curate your crystals as you curate your guest list. Because nothing compares to drinking champagne out of a sophisticated crystal glass that radiates the fragrance and effervescence of the spirit. And let’s not forget crystal’s magical reflection of light. Having crystal strewn about a party is like scattering disco balls, but practical. Each time a glass is picked up and placed down, new rainbows scatter. In lieu of a flashy light fixture this year, invest in extraordinary crystal. You won't be as thankful for another party planning decision ever again.

While the first start rolling in around 8:30 pm, the last show up around 12:32 am. During that time... what a night. Your playlist goes through quite an evolution. Chatter over a light haze of indie pop gives everyone a little buzz. As it takes on a more ethereal and instrumental sound, the party’s vibe dives into the future. The energy is anything but static as everyone hypes up for the new decade. As the beat builds, so does the atmosphere. Ten, nine, eight - the party is about to hit its high. Seven, six, five, four - one moment ends and welcome an era. Three, two, one - the base and the ball drop. Your party has lasted two decades. Applaud yourself.

Around 4:00 am, on January 1, 2020, you’ll unwind. Reflect on the night. It’s foreshadowing of the years ahead. You’re exhausted and energized. You exhale a massive breath and hold one at the same time. It’s 2020 after all. Big year ahead. 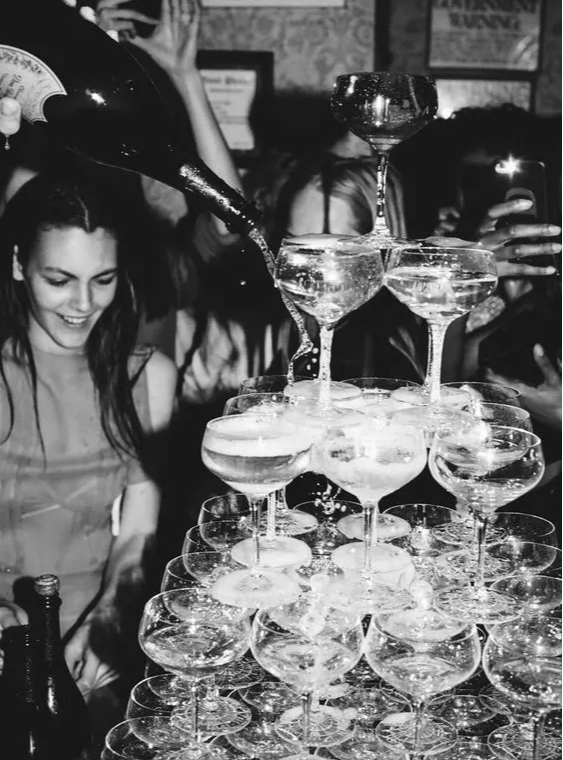