Dinnerware should never be boring. In fact, it should be quite the opposite- vibrant, extravagant, unique. There are all words that describe Laboratorio Paravicini, a hand-painted dinnerware brand that is awing every guest that comes across their exquisite plates. 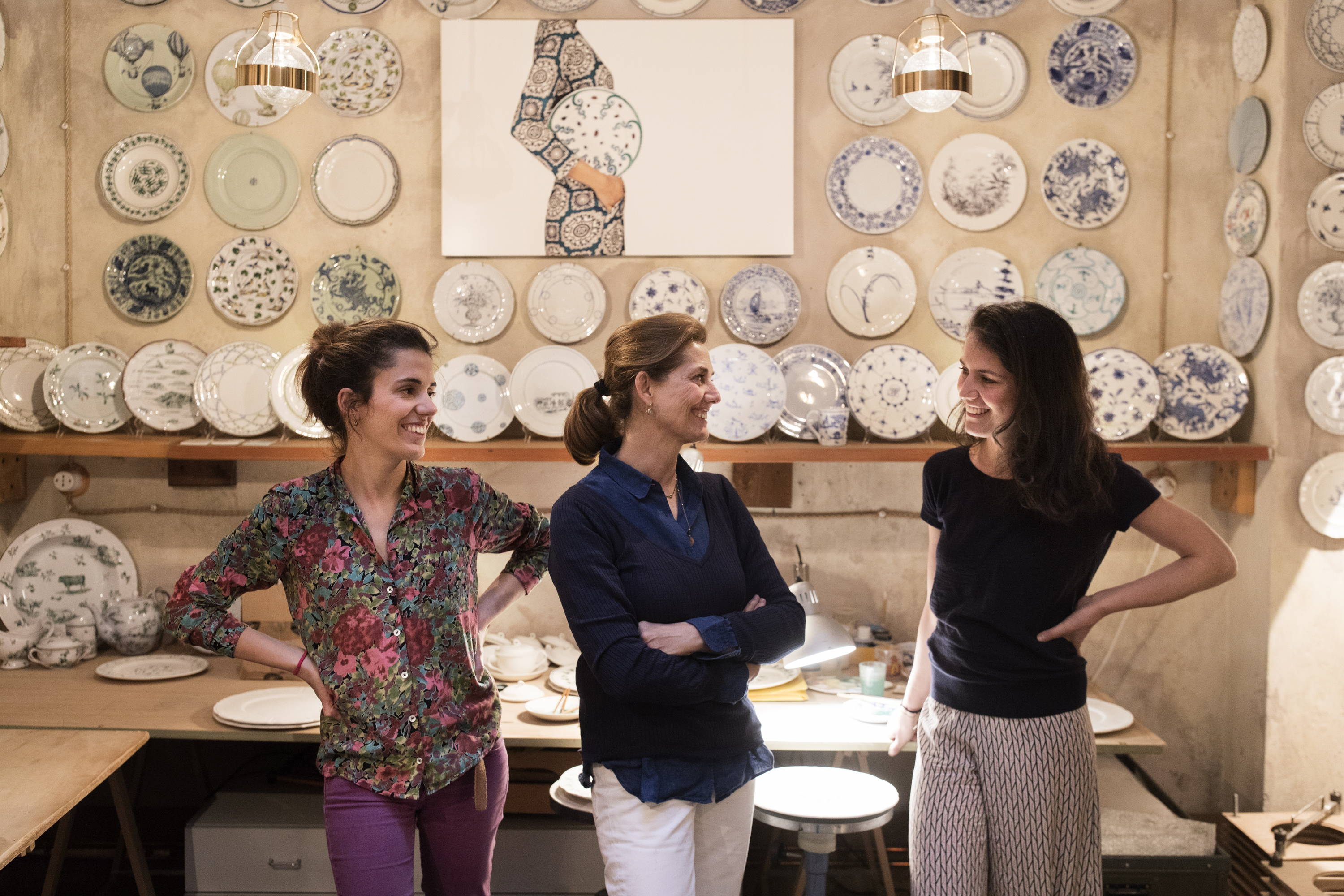 In celebration of Mother's Day, we chatted with one of Costanza Paravicini's daughters, Benedetta Medici, to learn more about the brand and the dynamics of running a successful family business.

What inspired your mother Costanza to start Laboratorio Paravicini?

My mom started Laboratorio Paravicini with her sister in the early nineties. They wanted to find a set of plates for themselves, and they went around many shops and couldn't find anything they really liked. Both of them were quite good at drawing—my mum always studied art—so they initially started drawing some rough sketches of what their dream set of plates would be. After drawing and drawing, they had many drafts on paper and started looking for an artist who could help them. The first samples they did were awful! So they threw away like thousands of plates, before they reached the technique and the results they wanted to achieve.

After a while, they became quite good with the technique and started painting really nice plates. The voice spread around quickly among their friends who started asking for bespoke plates. They painted monograms and family crests—in Italy there are still quite a lot of families who have their own crests and they wanted to have them on plates as well.

Tell us a bit more about your production process.

We have two different kinds of production. One is entirely bespoke and hand-painted; it is slower in time of delivery and project development, but in the end, we create a very detailed plate, completely customized around the client’s requests. The second kind of production features our printed plates that originate from any kind of inspiration. This is also a very artisanal production process as the prints are applied by hand, one by one. Each ceramic plate is made of thin white heartenware turned by hand and all decors are fired under glaze.

Me and my sister joined the laboratorio after having some experience in other places; I was working in graphic design and my sister was working in fashion merchandising. After some time, my mother was looking for a new associate because her sister wasn't involved anymore and she asked if we were interested in joining the factory; otherwise she couldn't hold everything by herself. Once we started working together, we started growing faster. Maybe because the three of us altogether have more strength and great communication! 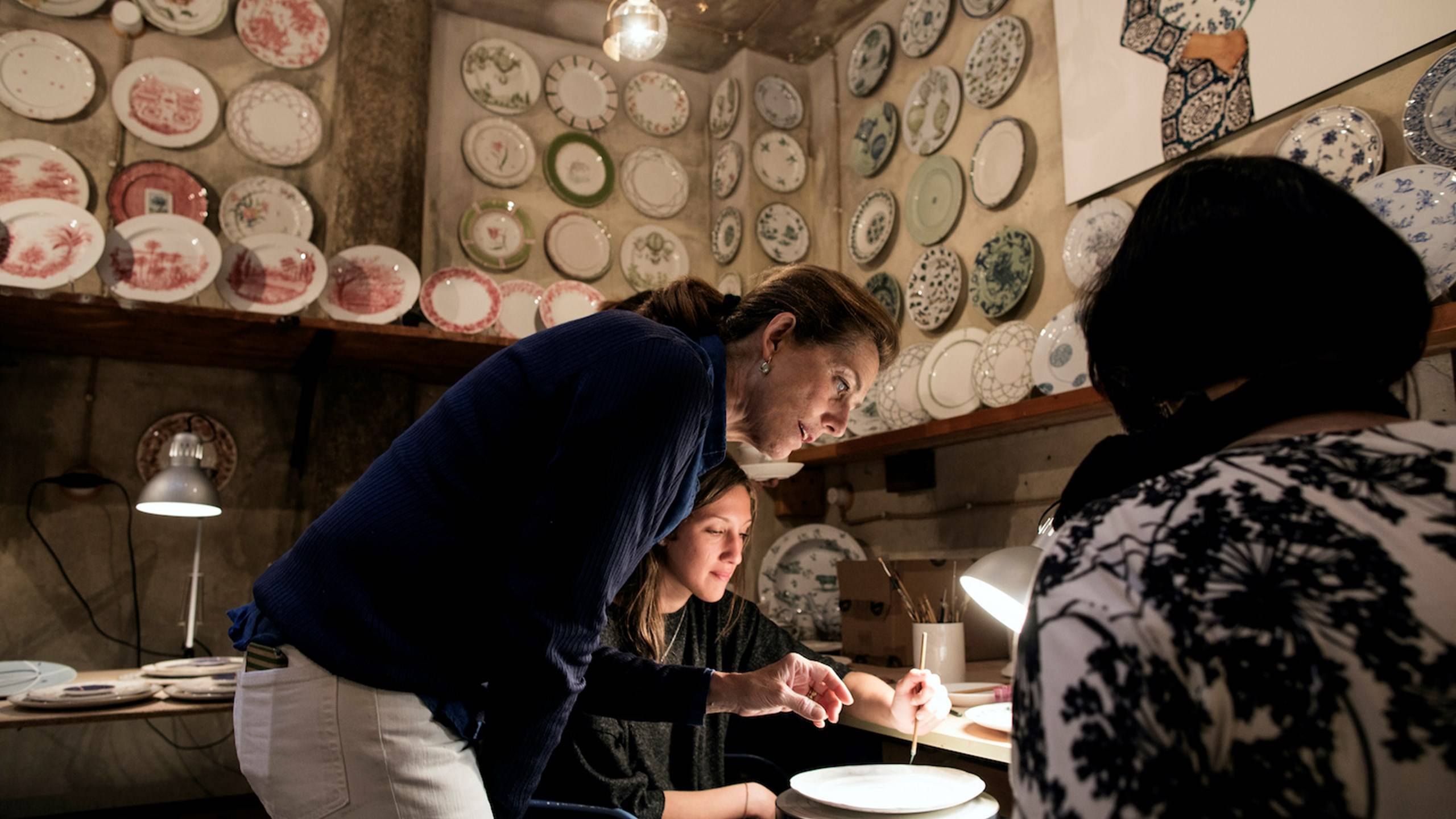 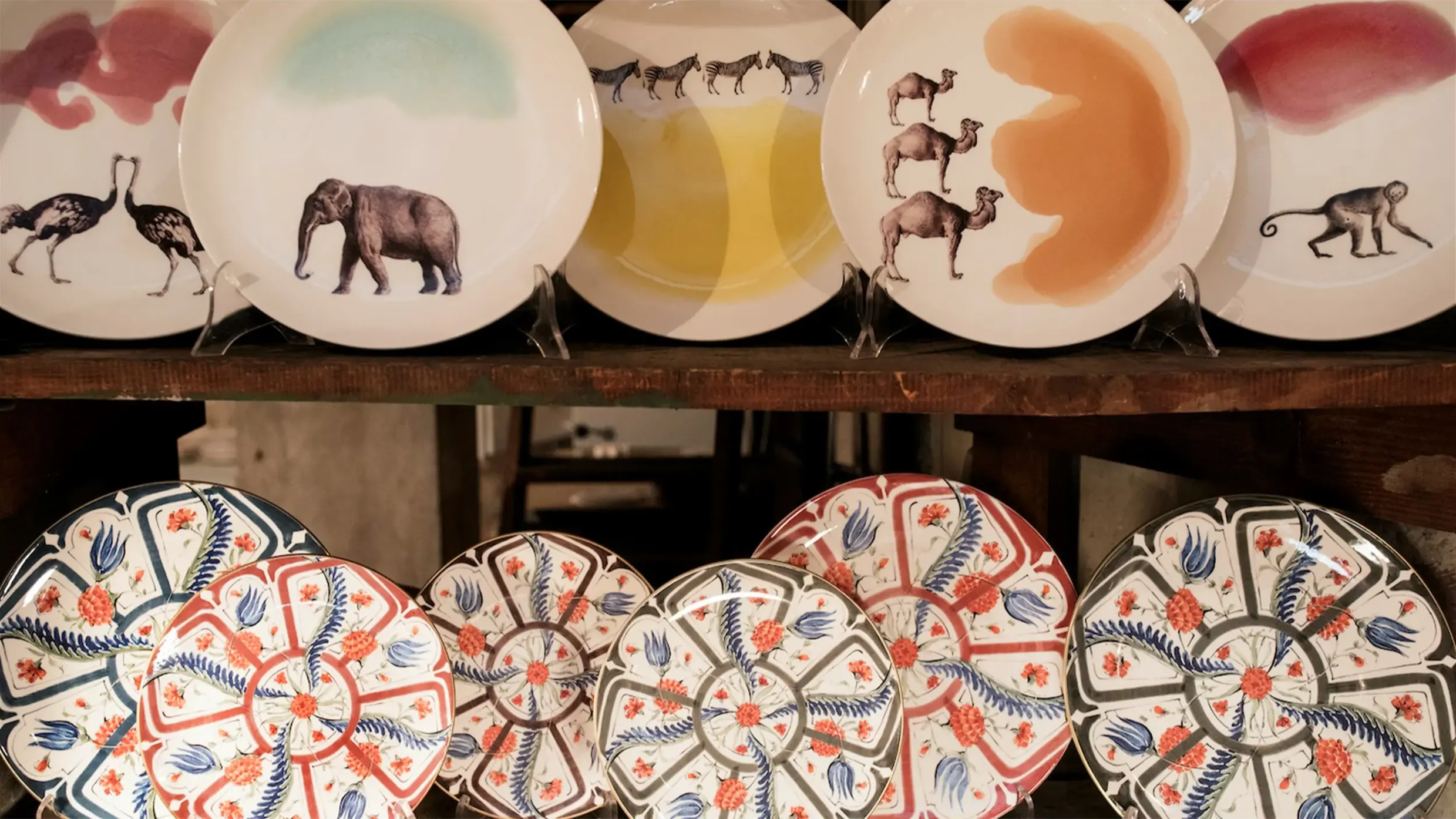 What are some of the things that you admire the most about your mom or the way she started the business?

She never gives up, she's very determined. When she started the business, she dedicated hours and hours of practice to get the results she wanted. She's also very strong, willing, so she's a good mentor in some ways. Sometimes she makes us really nervous because she is a perfectionist, never satisfied. But this is also the key to the success of the laboratory because she's always very, very demanding on quality.

What do you, you know, are there any hopes and dreams that you have for the brands, any exciting upcoming projects that you have or anything you'd like to share?

We are also planning to launch a video clip that features all of our collections in a super interesting setting. So we have all these amazing pictures that we can't wait to share with our clients, with everybody!